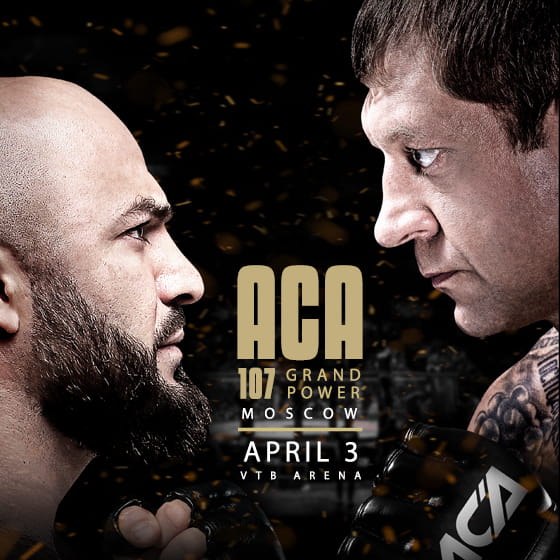 The ACA 107 tournament will be held in Moscow on April 3! The main event of the tournament will be a match that has no analogues in Russian MMA: two of the most striking and charismatic fighters of Russia-Alexander Emelianenko and Magomed Ismailov-will meet in the cage.

A special feature of the fight will be the weight categories of participants. Emelianenko has always been a heavyweight, and Ismailov until recently performed in the Middleweight category. Mohammed rises in the two categories above, to fight Emelianenko.

33-year-old Ismailov wins 13 times, three losses and one draw and he is almost 20 centimeters (!) inferior in height to the opponent. A charming, sharp-tongued humorous fighter who leads his own YouTube channel will not make thousands of fans bored before the fight. And in the cage, Magomed has a bright manner of fighting and a variety of skills.

The event, which claims to be the “Fight of the decade", will not leave any fan indifferent. We promise, you will have a bright and spectacular match!