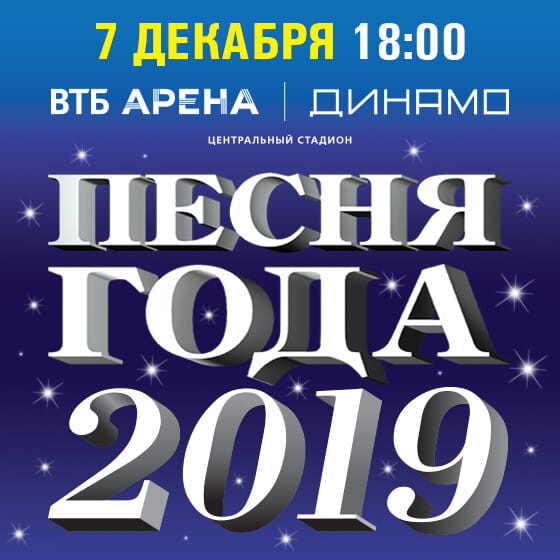 The performers who have won the audience and whose songs have topped the charts during the year annually become the festival winners.

Maestros, People’s Artists of Russia and the USSR, masters of the stage, witnesses of the television festival development participate in the “Song of the Year”.

The show program features the most brilliant and popular performers!