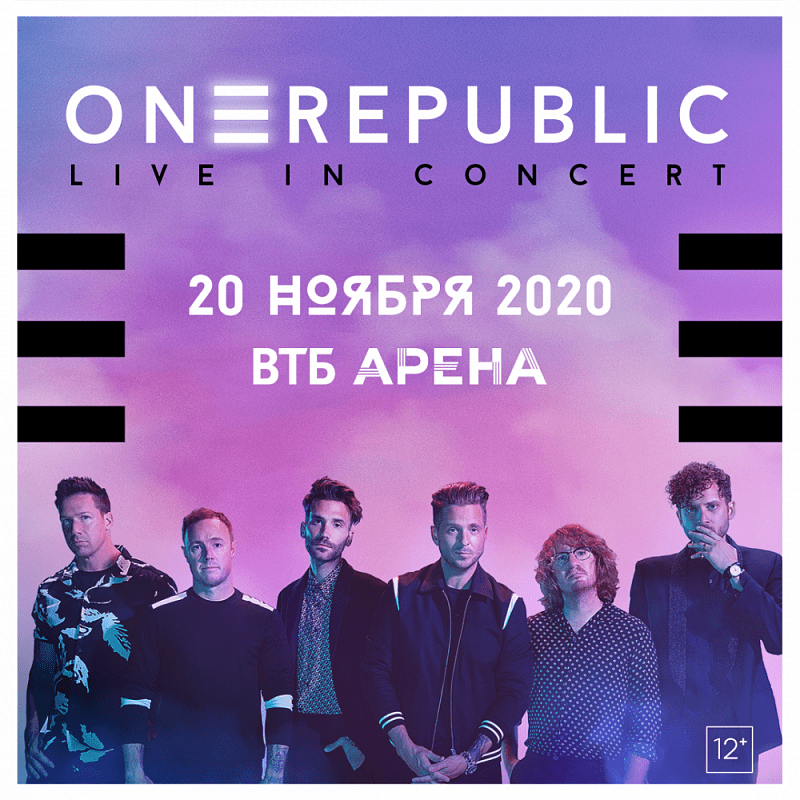 OneRepublic is an American pop-rock band, whose worldwide fame was brought by the single Apologize, which became three times platinum in the United States. A Remix of the song was included on Timbaland's album Shock Value and OneRepublic's debut album Dreaming Out Loud.

The band was founded in 2002 in Colorado springs. OneRepublic consists of singer / songwriter Ryan tedder, guitarists Zach Filkins and drew brown, bassist / cellist Brent Katzl, and drummer Eddie Fisher. The band released their debut album Dreaming Out Loud in 2007, which instantly went gold thanks to the multi-platinum single Apologize, which broke all sales records and was nominated for a Grammy award. The band's second album, Waking Up in 2009, included the hit singles All the Right Moves, Secrets, and Good Life. In 2013, the band released the album Native, which went platinum, which included the # 1 hit Counting Stars. In 2016, OneRepublic released Oh My My, their fourth full-length album. In the spring of 2018, the band released Start Again ft. Logic is a song that became the soundtrack for the Netflix dramas 13 Reasons and Connection.

OneRepublic promise to release their fifth Studio album this year, teasing fans with the released singles Rescue Me and Wanted.

OneRepublic is an unusual rock band that is distinguished by soulful lyrics and sensual music. "The main difference from other groups is that we always change tools," Katzl notes. "I can play on the keys, Ryan on bass, and cello, Ryan on piano, and drew on bass. Sometimes we forget who is playing what during the performance of a song." For OneRepublic, this freedom is real music.

The band got the green light thanks to vocalist Ryan Tedder, who at the time of the band's formation collaborated with the famous rapper and producer Timbaland and wrote songs for many artists. Here are some hits written by tedder:

"I could just write songs and live carefree. But I knew I had to be an artist. I wanted to create a rock band and write my own music."