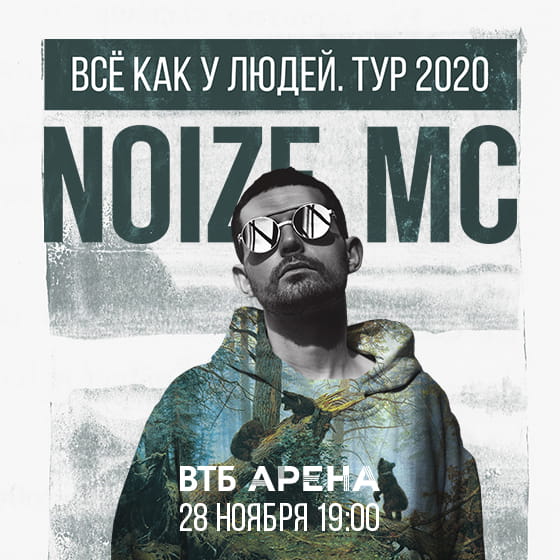 "Everything is like people" is a concert tour of the main rock star of Russian hip-hop Noize MC. Events take place in the fall of 2020 in major cities of Russia and CIS countries. The hero of the Russian rap scene, Ivan Alekseev, with his musical team, goes on an exciting tour of stadiums and other spacious concert venues in the country. A production truck follows the group from city to city, so that all fans can see the capital's show, for which a team of professionals is preparing throughout the year.

Noize MC goes with a special program consisting of the most iconic songs of the band for all 17 years of existence of the group, as well as fresh tracks that have already managed to find love and popularity among listeners. This concert will feature everything that we love so much about Noize MC: individual musical handwriting, sarcastic rap on topical topics, sensual, romantic songs in acoustics, as well as the unique freestyle talent of Ivan Alekseev — who has ever heard this performance will never forget!