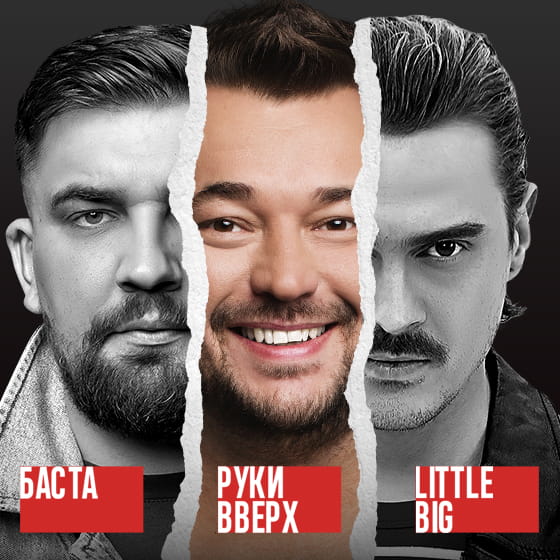 On February 21, 2020, VTB Arena Park hosts the qualitatively new entertainment event — New Radio Awards. The best singers will be awarded in the upgraded format — three performers who invariably attract a vast audience of many thousands of fans will headline the show. Basta, the most popular rapper in the country, the cult band Ruki Vverh and the provocative rave project Little Big will present their big concert shows during the New Radio ceremony. Other outstanding Russian singers, including the main nominees for the New Radio Awards, will also take the stage. The performers whose songs have topped the radio station charts for a year will be awarded during the ceremony.