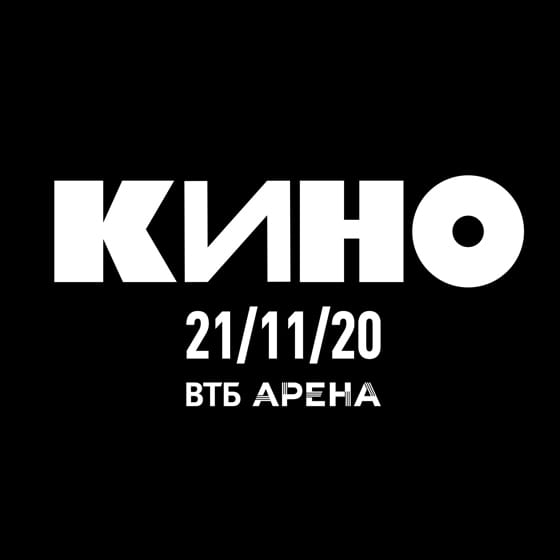 Imagine Kino band gathering in 2020. The program is based on the real voice of Viktor Tsoi digitized from the original multi-channel recordings by Kino. The band includes two original bassists of different years, Alexander Titov and Igor Tikhomirov, and Yuri Kasparyan, the band's permanent guitarist. The concert will also feature a drummer, keyboard player and rhythm guitarist. This is an unprecedented event – Kino band has not gathered for 30 years. One of the show creators and producers is Alexander Tsoi, Viktor's son.

The concept of the project is to show what Kino performance could be in 2020, with a good modern sound and stage production. The most of the material will be performed as close to the original as possible, but not without improvisations and new interpretation. Tikhomirov and Titov each are responsible for their period of creative work, late and early, respectively. Some of the songs will be performed by all six members together.

The two-hour concert will be accompanied by a specially created video sequence – almost a full-length film consisting of graphics, animation, new and archival footage. Video, light and music are synchronized into a full-fledged modern multimedia concert show. Viktor Tsoi's drawings, abstract suprematism of Kino covers, newsreel, small documentary inserts, animated band members – these are some of the themes that will make up the visual part of the performance. The video is produced by Firecat Films.

This concert will be equally interesting to those who were lucky to listen to Kino live performances, and, of course, to those who never dreamed about it. In addition to the master tape voice, there will be real keyboard parts, which are not always clearly audible on the albums. All rare pieces of audio and music sketches found during the program preparation will also be used at the concert.

For persons older than 12 years