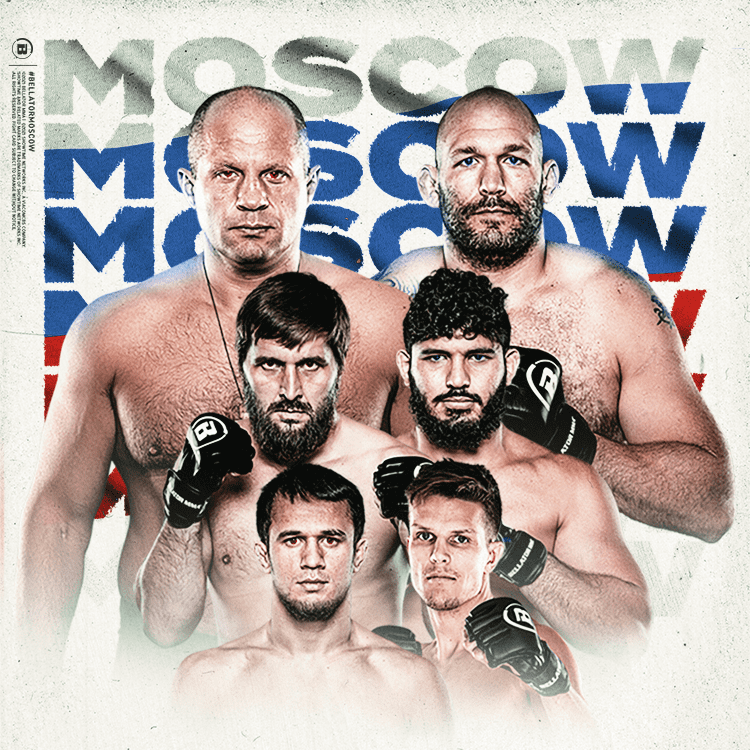 The world's most famous mixed martial arts show, BELLATOR MMA will take place in Russia for the first time! On October 23, the VTB Arena will host fights between outstanding Russian and foreign fighters.

The main competitor will be Fedor Emelianenko, named "the last emperor", the best fighter in the history of mixed martial arts, four-time MMA heavyweight world champion according to "Pride FC", four-time world champion and nine-time Russian martial arts champion, who has not known a single defeat for a full eight years. His opponent will be American fighter, Timothy Johnson. Johnson began his career as an MMA fighter in 2010. He won and twice defended the Dakota FC heavyweight title. In his last four fights, the American has three wins. In total, he is credited with 15 victories and seven defeats. The sixth-ranked BELLATOR MOSCOW fighter Usman Nurmagomedov (13-0) will participate in the BELLATOR MOSCOW against Patrick Pietila (11-8)

The main card will also feature former BELLATOR heavyweight champion Vitaly Minakov (22-1) vs Said Souma (7-2). Three fights have been announced for the preliminary card, including a fight between a master of submissions Hrachik Bozinian (11-4) and former Cage Warriors welterweight champion Ross Huston (8-1), Irish fighter Brian Moore's (14-7) bout with BELLATOR lightweight debut Nikita Mikhailov (7-1), as well as a fight between prominent sambist Alexei Shurkevich (12-4) and Christian Eckerlin (13-5) in the welterweight division.
Initially known to the public as the cousin of Russian MMA legend Khabib Nurmagomedov, the undefeated Usman Nurmagomedov (13-0), ranked number six by BELLATOR, has made rapid progress toward a title fight. After posting a resounding win in July and knocking out five of his last six contests, he's ready to continue his path to the title by fighting Patrick Pietila.
Former heavyweight champion Vitaly Minakov (22-1) returns to the BELLATOR cage after two years to remind fight fans how dangerous he is. Having completed 20 of his 22 professional fights early, the four-time world sambo champion plans to qualify for a title fight when he defeats № 8-ranked heavyweight Saeed Souma (7-2). Saeed Souma replaces the injured Tyrell Fortune. After knocking out UFC veteran Ronnie Marquez in the first round and debuting at No. 8 in the heavyweight rankings, the 28-year-old fighter has finished five of his seven professional bouts early. He plans to put on a tough fight away from home.

BELLATOR is an event that combines a variety of martial arts into one impressive show. To become a fighter at BELLATOR, you have to make incredible efforts, have a distinctive physical form and mental concentration, the biggest heart and the sharpest mind. That's why BELLATOR stars are the best: fighters like Vadim Nemkov, Douglas Lima and Patricio 'Pitbull'.

Launched in 2009 in the United States, the show today is a resounding success: at the moment, BELLATOR (Latin for 'warrior') fights are watched by more than a billion viewers in over 160 countries worldwide. Now BELLATOR - the leading brand in mixed martial arts: "live fights" were held in 10 countries and 34 states.