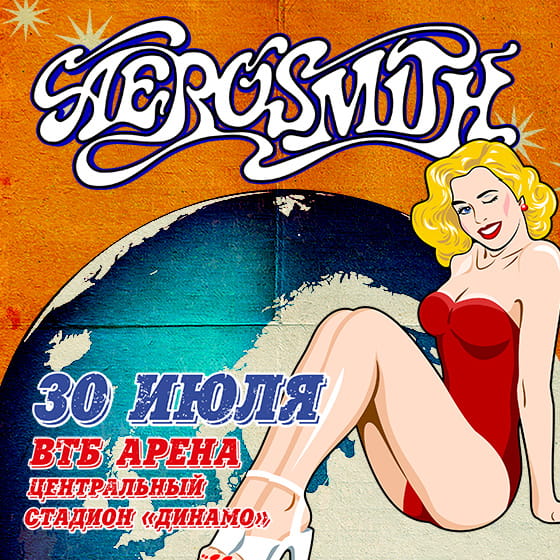 One of the most successful rock bands in the history of the genre is celebrating its 50th anniversary with a large-scale European tour!

A four-time winner of the Grammy Award and many other awards, Aerosmith has announced a large-scale European tour, where the band will give concerts in 14 countries, from Italy and Germany to the Czech Republic and Russia. The band itself and her hundreds of thousands of fans are waiting for Aerosmith’s return to Europe, musicians are looking forward to meeting their fans.

Over its 50-year history, the band has sold 150 million albums (more than 60 of them in the United States, it is the highest score among American Hard Rock bands). Aerosmith is the first gold, platinum, and multi-platinum album among American groups. The team has countless awards including 4 Grammy Awards, 6 Billboard Awards, and 12 MTV Awards.

Aerosmith had a significant impact on the developing of different musical directions , combining elements of hard rock, heavy metal, pop, glam and Blues. In 2001, they were included into the Rock and roll hall of fame, and Rolling Stone magazine and VH1 included them in the list of the 100 Greatest Artists of All Time. Decades later, their music continues to inspire millions of fans around the world, and the band plans to progress.

"We will celebrate our 50th anniversary with concerts next year. This is not a farewell tour. Perhaps the group will live until its 75 years-let's see!", "guitarist Joe Perry said in an interview.

Aerosmith is in amazing shape, their live performance at the Grammy Awards 2020 shown this, on July 30 Russian fans will see it themselves, they will hear the best hits of the musical legend during their incredible show!