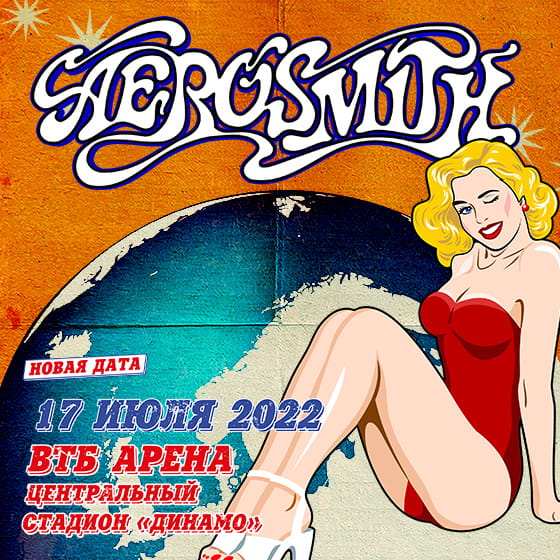 One of the most successful rock bands in the genre's history celebrates its 50th anniversary with a massive European tour!

The four-time Grammy Award winners and a host of other awards, Aerosmith, have announced a massive European tour. The band will give concerts in 14 countries from Italy and Germany to the Czech Republic and Russia. Hundreds of thousands of fans anticipate their return to Europe, just as the band itself is looking forward to meeting its fans.

In their 50-year history, the band has sold over 150 million albums (over 60 of them in the United States, the highest number of American hard rock bands at the time). Aerosmith is the first among American bands regarding the number of gold, platinum and multi-platinum albums. The team's countless awards include four Grammy Awards, six Billboard Awards and 12 MTV Awards.

Aerosmith has strongly influenced various musical trends, combining elements of hard rock, heavy metal, pop, glam, and blues. In 2001 they were inducted into the Rock and Roll Hall of Fame, and Rolling Stone magazine and VH1 added them to their list of the 100 Greatest Artists of All Time. Decades later, their music continues to inspire millions of fans worldwide.

"With concerts next year, we're going to celebrate our 50th anniversary. It's not a farewell tour by any means. Maybe the band will last until we're 75 - we'll see!" said guitarist Joe Perry in an interview.

As the live performance at the 2020 Grammy Awards showed, Aerosmith is in perfect shape - on July 17, the Russian fans will be able to see it for themselves by listening to the best hits from the music legend's discography during their fantastic show!